The triumphant 35-year-old did what he needed to do in today’s double points’ medal race by finishing one place ahead of Jonas Hoegh-Christensen of Denmark, who had led the regatta from day one.

After a nail-biting final run to the line, in shifting, tricky breeze on the spectator Nothe course, an emotional Ainslie, who was the first Olympic torch bearer on UK soil, crossed the line to tumultuous jubilation from the phenomenal gathered crowd.

Ainslie said: “That was one of the scariest races I have ever had to go through. The wind was all over the place making it very, very difficult. I stuck to it and did the job. It’s just an amazing feeling. It’s unbelievable.

“It’s been a really tough week. After six races I was in a bit of trouble. I thankfully turned it around and got it right when it counts. I don’t want to go through anything like that again in my life. It’s been incredibly hard, there’s been huge pressure for people to perform at a home Games. It’s been the hardest couple of weeks of my life and I haven’t slept much the past couple of days.

“The support out on the Nothe was amazing. We have never seen that in Olympic sailing so it was just fantastic. I can’t thank everyone enough who has helped me over the years to get to this point; my family, sponsors, the people watching. Everyone in our team, from the coaches to the support staff, the other team members and sailors, they are a fantastic team who have helped me get to this point.”

Despite some aggressive chasing of the Dane around the committee boat in the pre-start, Ainslie came off worst in the start, tacking away to the right, with both sailors choosing opposite side of the course up the first leg. With the wind dropping it looked like Ainslie decided to keep a closer eye on Hoegh-Christensen with the pair sitting in ninth and 10th position.

The only threat to Ainslie’s title defence at this stage - the Dutch sailor Pieter-Jan Postma – rounded the fourth mark comfortably off the pace in sixth. But a massive gain for Postma on the final upwind leg suddenly had everyone biting their nails.

Postma moved ominously up the fleet into third while Ainslie remained in ninth. But all eyes were firmly on whether the Dutchman was going to be able to creep one place further up the fleet, which would have handed HIM the gold medal.

Fortunately for Ainslie, and the thousands of nervous spectators on the Nothe, Postma lost out in a tussle with the Kiwi Dan Slater and dropped back to fifth, being forced to take a penalty, and handing Ainslie his place in Olympic history. 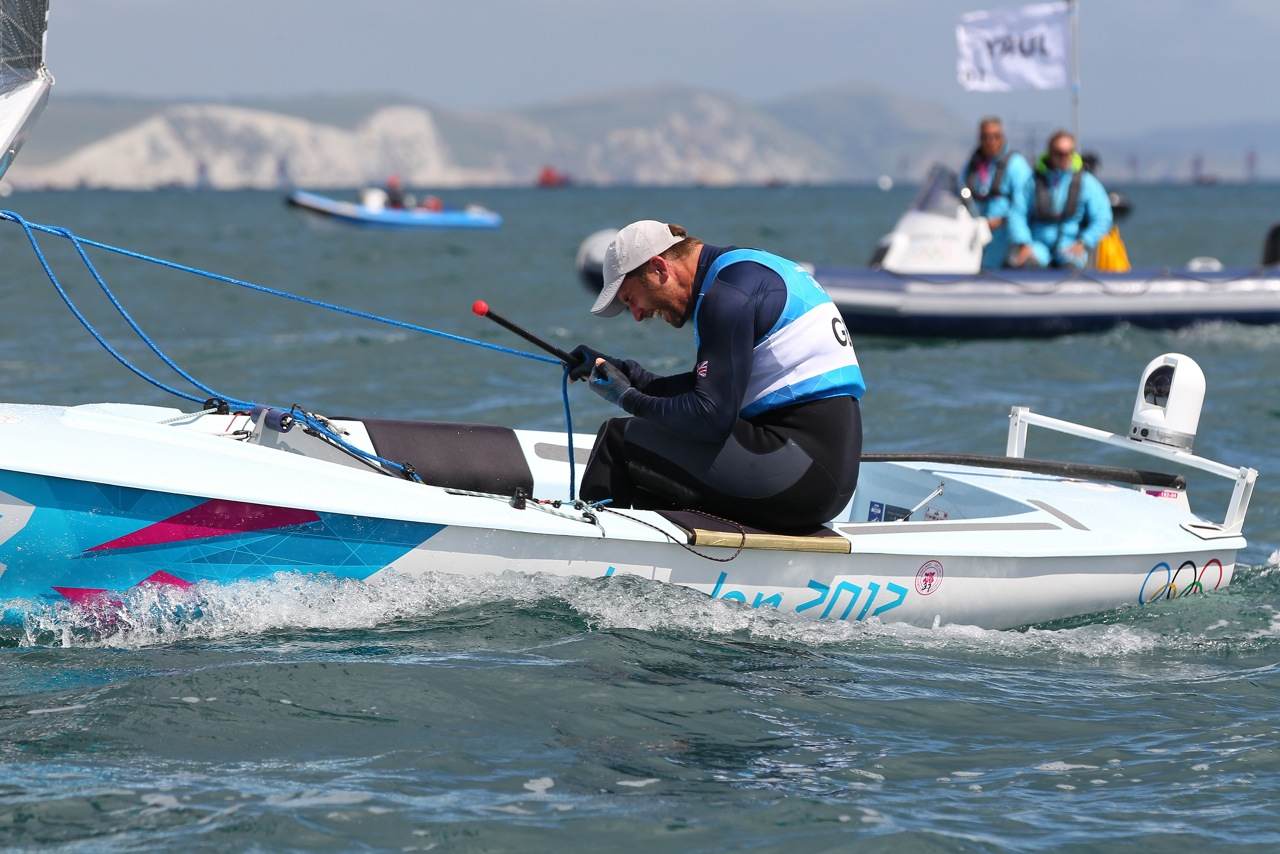