Just got back from the Dinghy Show in North London. As always the show was buzzing in a way that you never see at any of the big boat shows. That's because the Dinghy Show is run largely by enthusiasts who are just mad keen about their boats. Sometimes it's hard to get away from the more rabid promoters, but you have to admire their spirit.

There wasn't that much that was new at the Show, but what new things there were, certainly made an impact.

There were some revolutionary singlehanders on public display for the first time. Most revolutionary of all - but not eagerly awaited, as few people got wind of this project happening - was the new Tomahawk. Developed by Linton Jenkins of Full Force Boats in Weymouth, Phil Morrison has done some of the design work above the water, but the really clever bit is the foil that skims the water's surface.

The 'patented technology' logo on the foil was a clear message to other boat designers and builders that might as well have said: 'private property, keep off!' If this really is patented technology, then the Tomahawk could be in a strong position. It uses a form of hydrofoiling that elevates the hull above the water until the horizontal foils actually reach the water's surface and plane on the surface.

On an International Moth or RS600FF, 'ventilation' is a dirty word. It's what happens when bubbles of air start running down the side of the foils and start to cause cavitation. The next thing could be a loss of steerage, a pitchpole over the handle bars, or both. In any case, ventilation is something you want to avoid.

The Tomahawk system, on the other hand, embraces ventilation as its friend. The boat rises out of the water but unlike a Moth does not need to be prevented from continuing to rise until it launches itself from the water, which is where the problems start to occur. Apparently the ventilation foiling system is self-limiting in that respect. The foils rise to the surface, but not beyond, and so the Tomahawk should offer a safer and more predictable ride.

There are also no moving parts - none of the complexities of bow wands and push rods which require minute adjustments of a few millimetres, adjustments that on a Moth or foiling 600 could spell the difference between control or bucking bronco.

So there is less to go wrong and less understanding required by the sailor. On the other hand the top speeds aren't expected to be as high either, so if a Bladerider is a Ferrari this is a Golf GTI. Sporty enough to excite most of us without scaring us to death.

Linton has built foiling Moths and now builds the RS600FFs, so few people know about the thrills, dangers and excitement of foiling better than he does. But he also knows that the current crop of foiling machines are beyond the skills or ambitions of most sailors. His dream for the Tomahawk is to create a people's foiler.

Due to be production built by Ovington Boats, we can expect a high-quality product, but does it work? We've only got the Tomahawk's group of designers and builders word on that so far. But these folks know what they are talking about and so there is good reason to believe the Tomahawk will deliver a good performance. We hope to get a ride in the Tomahawk ourselves in the near future. 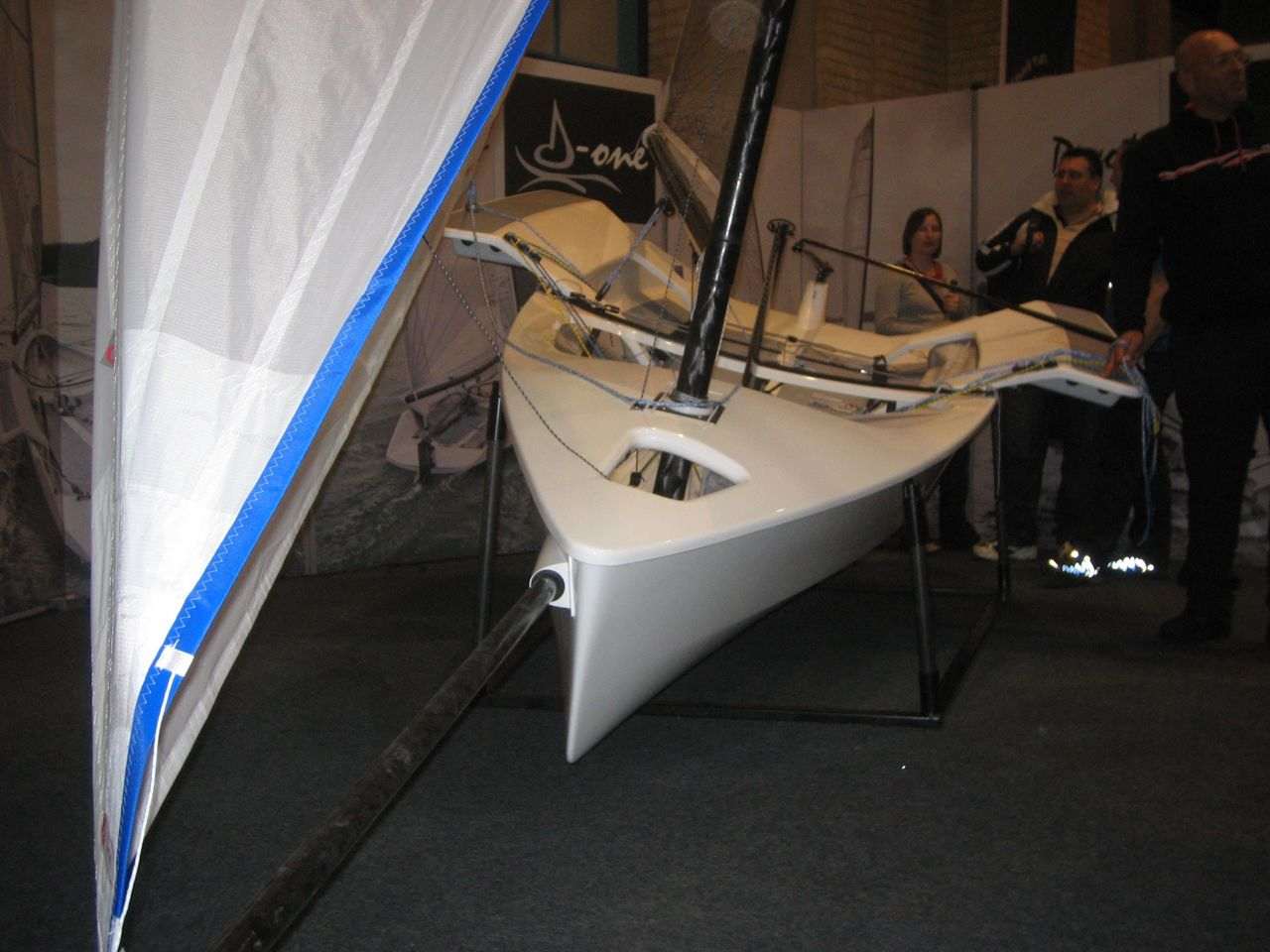 Another high-performance singlehander at the Dinghy Show was the Devoti D-1.  This is a hiking boat aimed at the big boys, with a big mainsail set on a free-standing carbon rig, and large gennaker on a retractable bowsprit for downhill horsepower.

The brainchild of Luca Devoti, a Finn silver medallist from the Sydney Olympics, he wanted to develop a heavyweight's singlehander that produced excellent performance but without requiring superhuman levels of skill or ability. The hull shape is quite full-bowed so the dangers of pitchpoling or even nose-diving are minimal. Conservative the hull shape may be, but Devoti claims it has already topped 16 knots on the GPS. By the way, Phil Morrison had a hand in drawing this boat too. Seems like you can't launch a boat these days without Phil waving his magic wand. Even he can't believe his luck. Phil, ever modest, says: "When people come to me about a new project, I tell them they'll never make any money at it and are they really sure they want to do this? Then I leave it, and if they still want me to work on the project, then I might say yes! But at least I can go in there with a clear conscience." 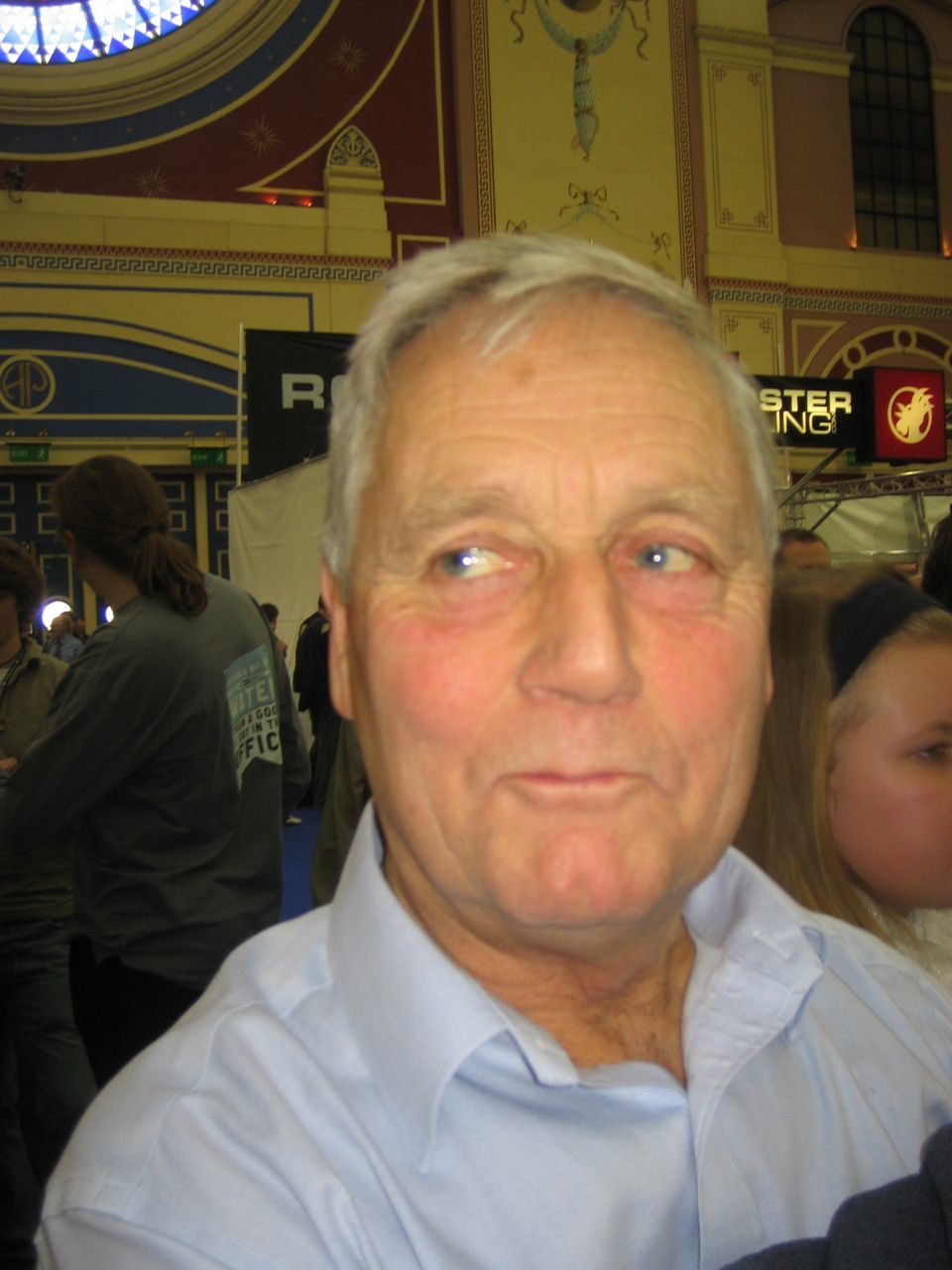 Back to the D-1, though, and I would like to have seen hiking racks that extended fully to the transom, which in turn would have allowed a finer bow section, but Devoti pointed out that the racks would then become too large to throw in the back of the car. With the carbon hull weighing less than 50kg, the idea is to be able to chuck the boat on the roof along with the two-part mast and then throw everything else in the back of the car.

The boat is still in prototype stage and so more developments are to come. The rig looks enormous and I suggested having a reefing point in the mainsail to increase the upper wind range of the boat. Luca said you could already sail the boat in 25 knots or even 30, but why not extend the manageable range of the boat another 5 knots of windspeed? I hope he gives it some thought, as it is an easy modification and would be easier to write out of the rules later but much more difficult to add once the boat has been launched into the market.

The D-1 also incorporates weight equalisation by sliding the hiking racks in or outboard according to the sailor's weight. That's good news. I was a big fan of the equalisation system on the Laser 5000, one of the pioneering boats in this field. It was a bit coarser, indeed an afterthought on the 49er, but I don't think people realised what it did for the boat until it was gone. Now that everyone sails the 49er on max racks, the crew weights have come down and many of the original sailors in the fleet have had to diet to remain competitive. At least now they have a bigger carbon rig to work with on the recently revamped 49er.

Perhaps weight equalisation is not so well suited to Olympic level competition, where sailors always tend to gravitate towards the perceived competitive weight in the class, usually defined by the vital statistics of the most successful sailor in the fleet. Note how weights have come down in the Finn since Ben Ainslie's dominance of the fleet over the past five years. He won his gold medal in Qingdao at 88kg, partly also because of the predicted light conditions there, but his lighter weight has certainly influenced a general trend for Finn sailors to eat fewer pies.

In an amateur class, on the other hand, there is no disputing that weight equalisation is an excellent way of extending the competitive weight range of the fleet. Working in conjunction with Musto Skiff World Champion Richard Stenhouse (a former Finnatic himself), Devoti is aiming a 15kg weight equalisation at somewhere between 80 to 100kg. I think he should pitch it at the upper end of the range where there is far less competition in the dinghy scene. In the UK the Finn and the Phantom both have very popular followings, largely because there are very few other dinghies that the big boys can fit into.

There were a few other interesting things at the Show, but the Devoti D-1 and the Tomahawk really caused a stir. Let's see how they perform on the water. SailJuice plans to be one of the first to find out.

Do you see a future for these boats? Or are they too radical for a conservative market?