Can the Merlins work their magic at Northampton?

Last year Matt Biggs and Ben Hollis won the Doublehanded division at the Steve Nicholson Memorial Trophy, and this year the Merlin Rocket sailors also find themselves at the top of the series leaderboard at the half way stage of the SailJuice Global Warm-Up.

A cold but sunny and moderate breeze is in store for this Saturday's Steve Nicholson Trophy, where competitors will race in separate divisions at Pitsford Reservoir, the home of Northampton Sailing Club. All proceeds raised from the event will go towards the Asthma UK charity, in memory of popular local sailor Steve Nicholson.

The Steve Nicholson Memorial Trophy is the third event in the SailJuice Global Warm-Up, with the series culminating at the John Merricks Tiger Trophy the following weekend at Rutland Sailing Club.

Find out all about the Series here: www.sailracer.org/globalwarmup 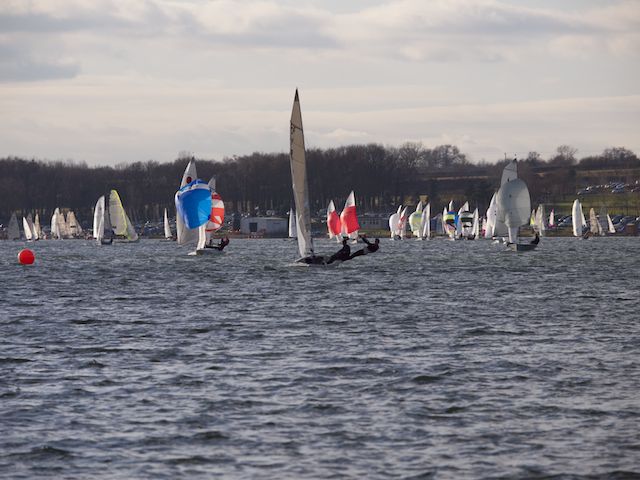