Sir Russell Coutts has been taking a lot of heat from the keelboat community. Hardly surprising when you consider his vision for the 34th America's Cup abandons keelboats in favour of multihulls. Tearing up the rule book and the history book takes a lot of guts, and while plenty are predicting the imminent demise of the America's Cup "as we know it", no one really knows.

With the prospect of fast multihulls lining up against each other, traditional match racers are predicting the end of any meaningful pre-start sequence, the 5 minutes of duelling that sees the two teams in a tense joust. And as for racing around the course, people are saying we'll never see as close a finish as we witnessed in the thrilling slo-mo showdown between Alinghi and Emirates Team New Zealand in Valencia 2007.

The fact is, Coutts was the greatest proponent of traditional America's Cup match racing in heavy keelboats, so if anyone's entitled to question its legitimacy, surely it's him.

One of the enormous frustrations of the last two America's Cups in the old AC keelboats, in 2003 and 2007, was the number of days lost to too little or too much wind. It was painful even for the die-hard fans, let alone the ADHD attention spans of your typical network TV producer. So Coutts specified a boat that could race in any breeze up to 30 knots, and he believes the yet-to-be-built AC72 multihull will be capable of doing so.

If early reports of the newly launched AC45's performance are anything to go by, then in this respect at least, the project is on track. Oracle Racing's skipper James Spithill commented: "We've been out in everything from 3 knots to 25 knots. We can push it through quite a large range, which is important for TV. I'm not sure of any other boat that can do that." 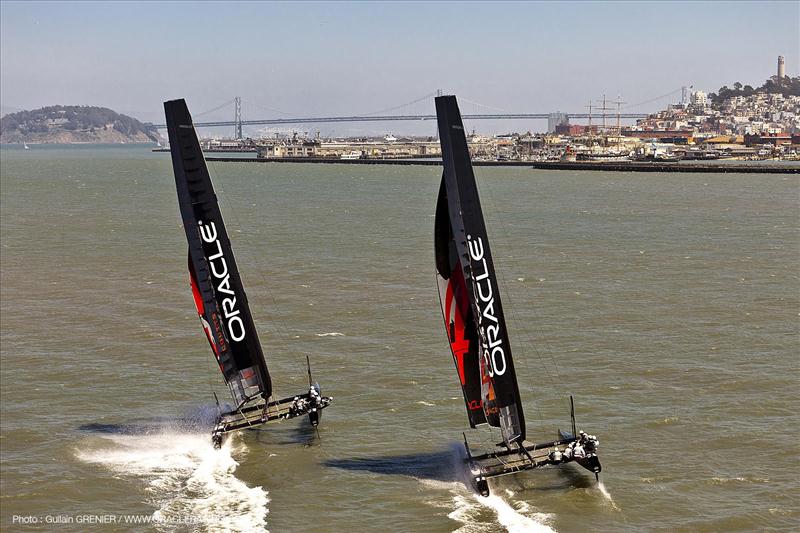 Fair enough, but one of the other problems with typical match racing is the severity of the penalty, the 270-degree turn. If it was bad enough giving away 15 to 20 seconds in a slow keelboat race, then losing that amount of time in a fast multihull will surely mean game over. "But who knows what the penalty will be?" says Coutts. "It will probably be something less than what it is now. [When a penalty is given], sailors and spectators know the race is over. That's clearly not right, is it? So the penalty should probably just put the boat behind and the race should be back on again."

At this stage, I'm prepared to give Coutts the benefit of the doubt, that everything he's doing is with the best interests of the sport in mind. But already he has alienated some of the hard core of the keelboat community with his wholesale changes. For the past 15 years Coutts has been feted as one of the greatest sailors ever, and now he has staked all of that hard-won reputation on his radical vision for the America's Cup. Will yachting historians record him as a saint or sinner? It's too early to say.