After rigging up their gennaker sheets incorrectly, Team Origin's gennaker hour-glassed in the first race of the Louis Vuitton Trophy in Sardinia.

"Pretty frustrating," said Ben Ainslie. "We were in a nice little spot. But one of those classics: one little mistake which led to a couple more mistakes which led to a race-losing mistake. We had an issue with the spinnaker sheets being led outside when - with it being very light - they should have been led inside. It was a mistake of how it was set up. It then meant that we tried to change to inside gybing after both boats had gybed to starboard. We thought we were clear to gybe and covered them when they gybed, but we weren't, and ended up twisting the spinnaker and getting past, and that was the race. Everyone on the boat is pretty pissed off with that."

To hear the rest of the interview (2 minutes) click below: 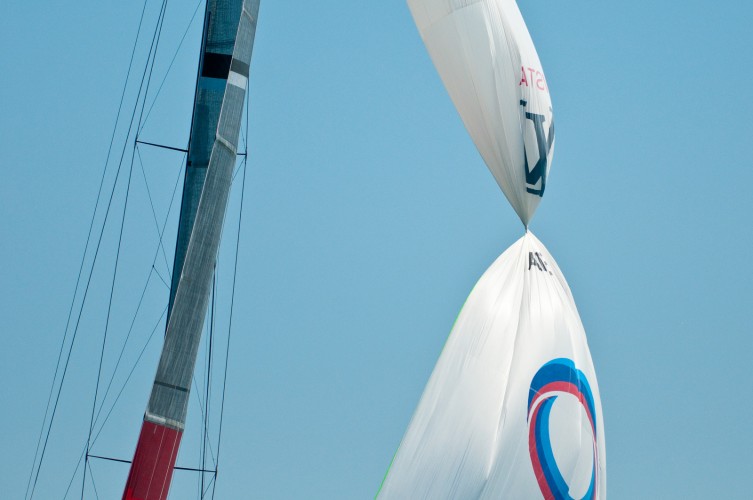